On 1 July 2021, an amendment of the Employment Act has taken effect, which introduces a new form of contribution for employers at the time of reduced working hours, the so-called kurzarbeit.

According to the explanatory memorandum to the amendment, in relation to the worldwide pandemic of the COVID-19 disease and the state of emergency declared on the territory of the Czech Republic, the need arose to adopt an adequate regulation of the Employment Act, which will reflect the needs of the labour market in relation to support of the employees of employers, who will be affected by economic difficulties caused by external factors. The current regulation of the contribution at the time of partial unemployment turned out to be insufficient, while the realisation of support for employers affected by the coronavirus crisis by means of the targeted Antivirus programme of government support was successful. The aim of the amendment is thus to continue in this programme.

The government needs to activate the provision of the contribution at the time of reduced working hours by a decree. It will do so, in case the economy of the Czech Republic or a sector of the economy is seriously threatened, for economic reasons characterised by relevant economic indicators and their past and their expected development, due to a natural event consisting in a natural disaster or epidemic, cybernetic attack or another extraordinary situation, which is an intervention of superior forces (vis maior).

The decree of the government may reduce provision of the contribution at the time of reduced working hours to a part of the territory of the Czech Republic, to a specific sector of the economy or a certain circle of employers. The government decree will also specify the time, during which the contribution is to be provided, and the first time, this period may be set on 6 months at maximum. It may be prolonged repeatedly, but only by 3 months at maximum, and the period, in which the contribution is provided, must not exceed 12 months.

The contribution is provided to the employer by the Labour Office based on a written announcement of the employer. In the announcement, the employer must declare especially that he will not terminate the employment relation with the employee for organisational reasons during the period, for which the contribution for this employee is being provided, as well as for a following period corresponding to one half of the number of months, during which the contribution was received for this employee. The employer must further declare that in the calendar month before the government decree took effect, he did not pay extraordinary profit sharing to members, partners or shareholders (or to other persons controlled by them or controlling them) or provide any other extraordinary performance to them, and that he will not do so during the time of receiving the contribution and for the subsequent 12 calendar months.

The contribution will be provided to the employer for the entire calendar month, in which his employees could not perform work due to one of the obstacles in work under articles 207 to 209 of the Labour Code, which occurred on the part of the employer in direct connection to one of the reasons, for which the government decree was issued, if the employer: (i) will pay reimbursement of wage reaching a minimum of 80 % of their average earning to these employees and (ii) he has not been assigning work to employees in a scope of a minimum of 20 % and a maximum of 80 % of their weekly working hours (assessed in total for all employees of the employer).

The contribution will not be provided for an employee, for whom working time account is applied, and also in cases, where the employer will not submit a monthly overview of employees’ wages reimbursement costs or in case a final and enforceable fine has been imposed on the employer in the past 3 years for enabling the performance of illegal work under article 5 letter e) item 3 of the Employment Act.

The contribution is provided in the amount of 80 % of reimbursement of wage including social security premium, the contribution to state employment policy and public health insurance premium. The maximum amount of the contribution per month reaches 1.5times the average wage in the national economy in 1Q to 3Q of the calendar year preceding the year, in which the employer submitted the announcement to the Labour Office. 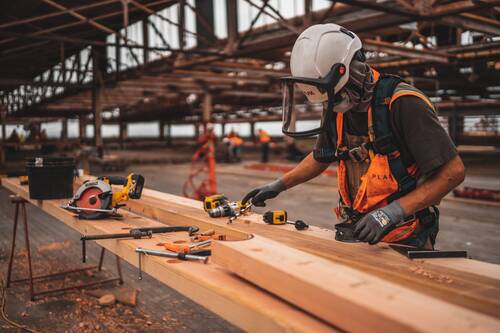