Are you familiar with the DAC Directives?

The DAC directives (“Directives on Administrative Co-operation”) oblige all EU member states to share certain information about tax residents in the given member states starting from 1 January 2014 and they aim at improving international cooperation between tax administrators in direct taxes. Below we bring an overview of the individual DAC directives, which have been implemented into Czech legislation over the years, as well as those, which are yet to be transposed in the upcoming years.

The first DAC directive was implemented into Czech legislation by Act no. 164/2013 Coll. from 2 May 2013 on International Cooperation in Tax Administration, which serves as the basic standard for international cooperation in the realm of direct taxes.

Transposition of the DAC 2 as of 1 January 2016 implements automatic exchange of information about financial accounts based on the CRS (Common Reporting Standard). The amendment introduces the obligation of financial institutions to collect information about their clients (tax residents of the given country) and to subsequently pass on the information regularly to the financial administration.

Exchange takes place automatically twice a year, and only preliminary tax rulings or advance assessment of transfer pricing with a cross-border element are exchanged.

The fourth DAC Directive introduces a new kind of automatic exchange of information, the so-called CbCR reporting, which multinational groups of companies are subject to. A new section is being added to the Act on International Cooperation in Tax Administration, which introduces automatic exchange of reports according to the individual countries for multinational companies with consolidated annual revenue of more than EUR 750m. The obligation to submit a report by countries applies to multinational groups of companies, the highest entity of which is located in the European Union, as well as to groups, which are managed from third countries.

The first fulfilment of the reporting and notification obligation took place by 31 December 2017 in most cases, and the subsequent automatic exchange has been in progress since 2018.

Based on implementation of the DAC 5 Directive, the tax administrator gains access to mechanisms, documents, procedures and information acquired for the purposes of fighting money laundering.

According to the Act on Some Measures against Legalisation of Proceeds from Criminal Activity and Financing of Terrorism, the obliged entity is obliged to present data and documents acquired during identification and control of the client, as well as data about the way, in which they were acquired, upon request from the tax administrator.

The sixth and currently the last DAC Directive implemented introduces a new kind of automatic exchange – the so-called exchange of information reported by intermediaries of cross-border arrangements.

The directive aims at making information on the used cross-border tax-optimizing schemes with a risk element from the perspective of avoiding tax obligations accessible for financial administrations of EU member states. The notification obligation applies to cross-border arrangements, which may be a tool for aggressive tax planning.

The DAC 7 Directive intends to implement new rules for enhancing transparency in relation to digital platforms. A new notification obligation will be introduced, based on which digital platforms will announce income of individuals and companies obtained through these platforms.

The aim of the directive is to solve the problem, where some income obtained through them remains unreported an untaxed, especially in the situation, where digital platforms operate in multiple countries. The new rules should apply to digital platforms located within the EU as well as outside it and they should be applied from 1 January 2023.

The directive also plans to simplify obtaining information on groups of taxpayers specified by the tax administrator, which cannot be identified individually. At the same time, it provides a framework for performing joint control by authorities of various member states.

In the course of the year 2020, the European Commission published the intention to extend automatic exchange of information, so as to newly include information on cryptocurrencies and electronic money. In its draft, it intends to resolve higher coordination in the area of sanctions for infringement of the obligation to report the above-mentioned information. The draft directive will probably be presented in the second half of the year 2021. 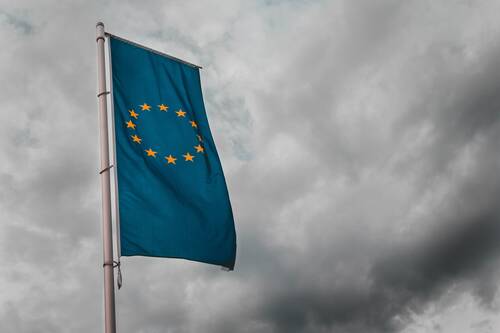