Where can the schwarz system catch up with you?

What is the schwarz system

The schwarz system means illegal employment by means of disguising an actual employment relation with another contract. In other words, it is a situation, when an officially enterprising (self-employed) person performs dependent work for a company, with whom it should have entered into an employment contract. Sales representatives, IT services or accounting can be mentioned as examples of the areas, in which we can encounter the schwarz system the most frequently.

This January, the Supreme Administrative Court issued a judgment in the matter of a concealed employment relation. This issue as well as the case law are discussed relatively frequently and are therefore nothing new. The context, in which this judgment appeared, is surprising and interesting, though – it was issued in connection with a permit for residence of foreigners on the territory of the Czech Republic. In this judgment, the Supreme Administrative Court mainly deals with the definition of employment and its differentiation from self-employed gainful activity, as well as with illegal work and the context of issuing a residence permit.

A plaintiff of Vietnamese nationality turned to the Ministry of Interior with a request for prolonging her long-term residence permit, issued for the purpose of enterprising, before the permit expired. The ministry denied this request with the explanation that the plaintiff has not been fulfilling the purpose of her long-term residence and another obstacle to residence on the territory of the Czech Republic has been detected. The plaintiff appealed against this decision, but the Committee for deciding in matters regarding foreigners confirmed the decision of the Ministry of Interior.

The plaintiff therefore decided to submit a complaint to the Supreme Administrative Court against the decision of the above-mentioned Committee. In her complaint, she objected that no statutory reasons existed for denying residence and that the decisions of both instances rested on incorrect legal assessment.

Attitude of the Ministry of Interior

The Ministry of Interior stated that the plaintiff did not fulfil the purpose of her previous permitted residence (enterprising as a self-employed person). The plaintiff performed work in a factory at a conveyor belt, consisting in assembling components for television sets, based on a contract for work. According to the Ministry of Interior, this activity did not fulfil the characteristics of entrepreneurial activity, with especially the characteristic of independence being absent, and it was also not a performance of activity on her own responsibility.

At the same time, the Ministry of Interior deduced that the activity of the plaintiff shows characteristics of employment, which the plaintiff performs formally based on a relation according to the Civil Code, instead of performing it in an employment relation. The existence of a superordination and subordination relation ensues from the detected facts.

The Ministry of Interior thus concluded that the plaintiff performs dependent work outside an employment relation and does not have a permit for employment or an Employee Card. In such a case, it is illegal work, which constitutes a so-called other obstacle to residence on the territory of the Czech Republic.

Attitude of the Committee for deciding in matters regarding foreigners

The Committee agreed with the conclusion of the Ministry of Interior and stated that for the purpose of the given residence permit, not a mere registration in the respective registers, but the actual performance of business activity is necessary. Otherwise it would mean circumvention of the law.

The Committee further noted that all three characteristics of employment, as previously specified in a judgment of the Supreme Administrative Court, were fulfilled – systematic nature, work performed in person, and the relation of superordination and subordination between the employer and the employee.

According to the Committee, it follows from the performed substantiation that the plaintiff did not perform activity based on a contract for work. Based on a contract for work, a contractor performs the activity independently, according to his own schedule, using his own means and upon his own risk, and he is not subject to continuous supervision or management by the client. The conclusion of the Committee on the existence of dependent work is also supported by the specification of the object of the work in the presented contract as “assembly and complementing work, which will be specified by oral agreement,” which, according to the Committee, is clearly vague and shows the endeavour to avoid entering into an employment relation.

The Supreme Administrative Court agrees with the administrative authorities and also notes that the plaintiff performed dependent work, not an independent gainful activity. Fulfilment of all signs of dependent work was proven – systematic nature, work performed in person, and the relation of superordination (of the company) and subordination of the employee (plaintiff), where work is performed on behalf of the employer and upon his instructions – and also personal and economic dependence of the plaintiff on the company, where she was remunerated regularly every month according to the number of pieces made and she performed no other economic activity.

To make the picture complete, the court notes that in compliance with the case law of the Supreme Administrative Court, administrative authorities were authorised to reach their own conclusion as to whether or not the plaintiff performed dependent work and whether or not she committed illegal work, without needing to turn to the respective administrative body deciding in matters of employment.

Following the above, it is possible to summarise that a concealed employment relation, the so-called schwarz system, is not only subject to control on the part of the Labour Inspectorate, which may impose significant fines both on the “employer” and the “employee”. The schwarz system may also be handled by other institutions, such as in the above-mentioned case by the Ministry of Interior within an administrative proceeding on granting or prolonging a residence permit for foreigners. In case the schwarz system is proven, there is a danger of the request for granting or prolonging a residence permit being denied, or even of unexpected cancellation and termination of the current stay on the territory of the Czech Republic. It may also not be ruled out that following the decision of the Supreme Administrative Court, the Labour Inspectorate may initiate a control for the purpose of sanction to the “employer” and possible the “employee” for illegal work. Given the length of administrative and court proceedings, it would probably face the obstacle of time-bar here, however. 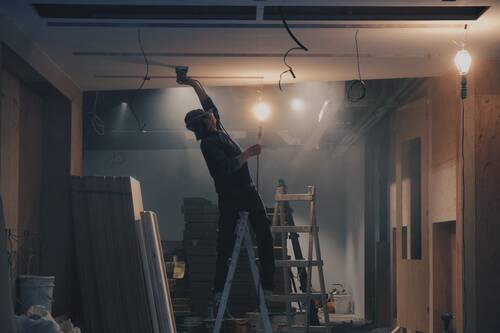