When not to distribute profit

In corporate law, June is usually marked by the approval of financial statements and the decision on the distribution of profits by the highest body of the company. We have already introduced you, GT News readers, to the rules for profit distribution in our previous issues. In today’s short article, we will look at the issue from a different perspective, by describing the rules, by which a corporation is bound when deciding not to distribute profits, typically the deciding to transfer profits to the account of retained earnings from previous years.

From the point of view of law, it is necessary to distinguish between situations, where the highest body of a company decides not to distribute the profit among the shareholders, and situations, where the distributed profit is not paid out based on the decision of the statutory body. This article deals only with the first of these. That is when the general meeting can decide not to distribute profits and how shareholders may possibly defend themselves against such a decision.

The right to profit as a fundamental right of a partner

Reasons for not distributing profit

In its decision-making practice, the Supreme Court has repeatedly ruled that it is only possible to limit a shareholder’s fundamental right to profit for important reasons. These important reasons why profit cannot be distributed among the shareholders must be specifically described in the justification of the proposal of the statutory body regarding the distribution of profit, which is submitted to the highest body of the corporation for approval.

An important reason for not distributing profits may be, for example, a situation where the company’s articles of association or memorandum of association provide for a special type of share (shares) that either do not involve a profit share or another provision according to which, under certain conditions, the distribution of profits will not take place or will be limited. In practice, this may typically be the case when, according to the company’s articles of association, part of the profit is transferred to the fund of reserves or social fund, and the profit for distribution to partners is reduced by this amount.

Another important reason for not distributing profits may be to secure funds for future business activities of the company (e.g. planned purchases for development of business activities, etc.). However, in the case of litigation, such grounds will be assessed individually, taking into account the specific circumstances. In these cases, we recommend that you take care to properly justify the decision not to distribute profits.

The first of these is a defence against a breach of the prohibition on misuse of votes under article 212 paragraph 2) of the Civil Code. Based on this provision, the court may decide, based on a proposal of the one who demonstrates a legal interest therein, that the vote of a particular shareholder/partner, who has abused his vote to the detriment of the whole, shall be disregarded. In the case of a majority shareholder, it is likely that the decision of the highest body not to distribute profits would not be adopted as a result of the court’s decision, because the necessary quorum would not be met. However, the petition must be filed with the court within 3 months of the date, on which the misuse of votes occurred.

Another way of defence against an unlawful procedure is a lawsuit for invalidation of the decision of the General Meeting under article 428 of the Business Corporations Act.

In extreme cases, a minority shareholder may seek buyback of its stake at a reasonable price (the so-called fair exit right). The conditions for exercising such a right, as set out in article 89 of the Civil Code, need to be met, though, i.e. the following conditions must be met cumulatively: 1) the company is a controlled party (article 74 paragraph 1 of the Civil Code), 2) the controlling party uses its influence (exercises it), 3) the position of the partner deteriorates substantially or there is other substantial damage to its legitimate interests, 4) there is a causal link between the conduct of the controlling party (use of influence) and the consequences referred to in the preceding point, and 5) the partner concerned cannot be fairly required to remain in the controlled party. At the same time, the shareholder must have exhausted all other means to defend his rights. In practice, the right to a fair exit may be applied when a general meeting repeatedly decides not to distribute profits, even though such decisions have been ruled invalid.

In conclusion, a partner’s right to profit is a fundamental right and often the fundamental reason for the partner’s participation in the company itself. The company must therefore have compelling reasons for wanting to restrict this fundamental right of the partner. If the reasons for not distributing profits are of economic/strategic nature, the specific reason must be stated in the draft resolution of the general meeting, i.e. in the invitation to the general meeting itself. 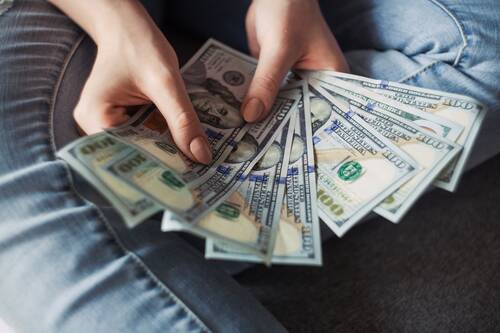