The impact of Brexit on personal income taxes, social insurance and labour law

The United Kingdom of the Great Britain and Northern Ireland (hereinafter “the UK”) withdrew from the European Union (hereinafter “the EU”) on 31 January 2020, based on the Agreement on the withdrawal of the United Kingdom of Great Britain and Northern Ireland from the European Union and the European Atomic Energy Community (2019/C 384 I/01) published in the Official Journal of the European Union C 384 I/1 on 12 November 2019. This agreement set a so-called transitory period until 31 December 2020, during which EU law was applicable to the UK as well. With regard to the fact that the transitory period has not been prolonged further, the UK is considered a so-called third country from 1 January 2021 from the income tax perspective. When taxing income with an international element, the procedure is according to national regulations and the Double Taxation Treaty between the Czech Republic and the United Kingdom of Great Britain and Northern Ireland (Collection of Laws no. 89/1992).

Social security is governed by the Trade and Cooperation Agreement made between representatives of the UK and the EU, more specifically by the Protocol on Social Security Coordination, which is part of it. To a certain extent, the Protocol copies the rules for coordination of social security systems under the Regulation of European Parliament and Council (EC) no. 883/2004 (hereinafter “EU Regulation”), and it is therefore possible to continue to apply some EU rules on social security for workers posted from the EU to the UK and vice versa.

From the perspective of personal income tax, since 1 January 2021, the option of applying deductible entries, tax credit or tax benefits has been reduced for UK tax residents, who have income from sources on the territory of the Czech Republic. In the personal income tax declaration for the year 2020, as tax residents of another EU member state, whose income from sources in the territory of the Czech Republic reached a minimum of 90 % of their worldwide income in total, they were still able to apply tax deductions under the stipulation of article 15 of Act no. 586/1992 Coll., on Income Taxes (hereinafter the “ITA”), personal income tax credit under the stipulation of article 35ba paragraph 1 letter b) to e) and g) of the ITA (discount for spouse, discount for partial and full disability, discount for placement of a child in a pre-school facility) and tax benefit for dependent children under the stipulation of article 35c of the ITA.

The Trade and Cooperation Agreement made between representatives of the United Kingdom and the European Union also includes the Protocol on Social Security Coordination, which governs the rules for social security between the UK and the EU. Although the agreement did not come in operation until 1 May 2021, the rules contained in it started to be applied preliminarily from 1 January 2021.

The Protocol applies not only to migrating citizens of the EU member states and the UK, but also to citizens of third countries, who are subject to social security in the EU or the UK. Unlike the EU Regulation, though, the Protocol does not apply to Norway, Iceland, Liechtenstein and Switzerland.

The Protocol maintains the principle of one country of insurance as well as the basic rules for determining the country of insurance. Standard posting of an employee between the EU and the UK up to 24 months or parallel performance of activities in multiple countries are also treated in the Protocol in a similar way, as of the UK were still in the EU. Pertinence to social security regulations will continue to be confirmed by the A1 form. The Protocol also maintains a number of benefits, the principle of adding the periods of insurance for pension purposes and use of healthcare.

As regards receiving necessary healthcare during a short-term stay, according to the information available, it is still possible to use European Health Insurance Cards in relation to the UK. The UK has been issuing new types of cards (the Global Health Insurance Card – GHIC) to its policy holders since January 2021, which they can use in the EU countries when receiving necessary healthcare. All other forms of European cards issued in the UK prior to Brexit remain usable, until their validity expires. It will also still be possible to receive full healthcare outside the country of insurance based on the S1 form.

What changes have thus occurred from 1 January 2021 in relation to Brexit? The Protocol does not enable

Another area not treated by the Protocol unlike the coordinating EU Regulations are family benefits (including child benefits) and the possibility of exporting unemployment benefits. These areas will therefore only be governed by local legislation. There is the option of entering into a bilateral treaty with the UK that would govern this issue beyond the scope of the Protocol.

The Protocol enable an employee posted for a period not exceeding 24 months to stay in their home system of social and health insurance, similarly to article 12 of the EU Regulation, but at the same time the Protocol enables the individual member states to deviate from this stipulation. In case of the so-called opt-out, the posted employee would be subject to social security regulations in the country, where he is actually working. According to an unofficial survey performed across the EU member states, none of the countries has chosen to opt out as yet and all of them will therefore proceed in compliance with the Protocol.

To make the picture complete, we would like to remind you that for employees posted from/to the UK before the end of the year 2020, the standard EU Regulation (including the A1 forms and their prolongations) continues to be applied according to the previous exit agreement after 1 January 2021, until the moment that their situation changes.

To determine pertinence to legal regulations and entitlement to benefits, the decisive thing therefore is to correctly assess, if EU Regulation, the exit agreement or the Protocol apply to the migrating person.

Newly arriving UK citizens will be viewed as third country citizens in residency matters and they will need the respective residence and work permits. 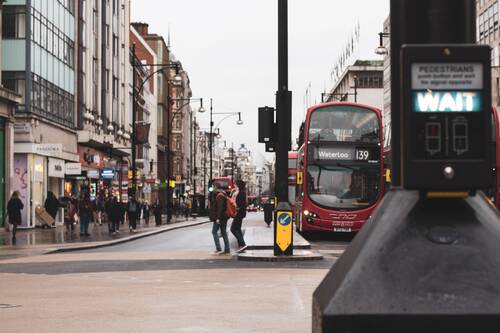