In December 2020, we informed you about the intended amendment of the Income Tax Act, which brings a number of significant changes. In the course of the turbulent legislative process at the end of the year 2020, this amendment was approved and the approved act was published in the Collection of Documents on 31 December 2020. This made it applicable from 1 January 2021, and according to transitional provisions, it will be possible to apply some changes from 1 January 2020 already. We therefore bring you an updated overview of changes resulting from the amended Income Tax Act.

Limitation of exemption of natural persons’ income from sale of securities

In the amendment, a limit reaching CZK 20m within one taxable period has been proposed for exemption of income for natural persons from transfer of securities against remuneration and income per participating certificates in case of liquidation of a mutual fund. This proposal has not been approved, however, and only a three-year (in case of ordinary share certificates a five-year) time test continues to apply for exemption of income from transfer of securities against remuneration.

Exemption of revenues from bonds

Exemption of interests for tax non-residents from bonds issued by foreign taxpayers with registered office in the Czech Republic (the so-called eurobonds) is being cancelled. According to transitional provisions, though, the original exemption regime will apply to eurobonds issued in the period from 1 January 2021 to 31 December 2021.

Instead of the original exemption of eurobonds, income of tax residents as well as non-residents from revenues from bonds according to an act governing bonds and income following from a right to repayment of bonds issued by a member state of the European Union or a country from the European Economic Area is now exempt.

A flat-rate tax for taxpayers with income from self-employment, who meet statutory requirements, is newly being implemented, cancelling or replacing the current application of tax set by a flat-rate sum, which taxpayers did not show much interest in. Entrepreneurs are able to use this regime, where they can report their obligations to the state on one form and send one payment. They will not need to submit tax return or survey of income and expenses for social and health insurance and they will not need to make each payment separately.

The regime can be used by self-employed persons with income up to CZK 1,000,000, who do not perform employment and have no other income higher than CZK 15,000, who are not VAT payers (nor are they obliged to register for VAT) and are not partners in a general partnership or general partners in a limited partnership. In case of using the flat-rate tax, it will not be possible to use tax depreciation of assets, where depreciation is not interrupted but lapses. An entrepreneur using the flat-rate tax regime also cannot use any tax deductions and tax credits or divide his income and expenses per cooperating person (and at the same time, he also cannot accept income and expenses as a cooperating person). If a self-employed person decides to use the flat-rate tax, this decision must be announced to the tax administrator by the 10th day of the given taxable period. For the taxable period of the calendar year 2021, the deadline expired on 11 January 2021.

An amendment of the Income Tax Act has led to cancellation of the super-gross wage (i.e. gross wage increased by the employers social and health insurance contributions). Only income from employment will thus be the partial tax base of the income tax from employment. At the same time, the solidarity tax increase has also been cancelled. Two rates of personal income tax are newly introduced, though, reaching 15 % (for the part of tax base up to 48times the average wage) and 23 % (for the part of the tax base exceeding 48 time the average wage).

A separate tax base that is subject to the 15% tax rate has been reintroduced for selected income of natural persons, which these persons receive from foreign sources (for example some types of income from capital assets according to article 8 of the Income Tax Act).

At the same time, the CZK 60,300 limit for payment of tax credit has been cancelled. The cancellation of the top limit on tax bonus also applies for the taxable period of 2021 already.

Monetary contribution to meals for employees

The proposal for tax advantages for employers’ monetary contribution to meals for employees has been adopted without any changes. As we have announced earlier, this means that for employers, the value of the monetary contribution will be tax-eligible under article 24 paragraph 2 letter j) item 4 of the Income Tax Act, regardless of its amount. In case of providing luncheon vouchers, these will still represent tax-eligible cost up to 55% of the value of the luncheon voucher on the side of the employer, but only up to the maximum of 70 % of the upper limit of subsistence expenses on a business trip lasting 5 to 12 hours set for an employee remunerated with a salary.

On the side of the employee, the value of the monetary contribution will be exempt according to article 6 paragraph 9 letter b) of the Income Tax Act, but only up to 70 % of the upper limit of subsistence expenses on a business trip lasting 5 to 12 hours set for an employee remunerated with a salary. The exempt income on the part of the employee is not subject to obligatory social and health insurance levies. The current exemption from personal income tax applied to meals provided as non-monetary performance by the employer to employees for consumption in the workplace or within catering provided by means of other entities has remained preserved in article 6 paragraph 9 letter b) of the Income Tax Act.

Tax-eligible expenses on donation in relation to the coronavirus

Taxpayers can lower their tax base by expenses made on gratuitous non-monetary performance provided in the period of 1 March 2020 – 31 December 2020 in connection with the occurrence SARS-CoV-2 coronavirus for purposes specified in article 15 and article 20 of the Income Tax Act. These include for example the sewing and supply of face coverings, production and distribution of protective shields, food or drugstore product donations. The lowering of tax base may either be performed by leaving the related cost directly in tax-eligible costs, or by applying an entry (donation) deductible from the tax base.

Changes in the taxation of income from bonds

The income from a bond determined as the difference between the nominal value and the price, for which the taxpayer acquired the bond, will newly be taxed in the general tax base. At the same time, if the recipient is a taxpayer, who is not a tax resident of an EU member state or another state that is part of the European Economic Area, tax reinsurance reaching 1% of the sum paid upon maturity of the bond will be applied.

For corporate income tax payers, who are tax residents of the Czech Republic, taxation of bond-related income does not change in any way, and continues to be based on the way they are captured in the accounting.

There is a new deeming provision that all income from activities and from handling of assets of a controlled foreign corporation, which has a registered office (or a permanent establishment) in a jurisdiction listed on the EU list of jurisdictions not cooperating in the tax area, is considered income from activities and handling of assets performed directly by the controlling company on the territory of the Czech Republic. 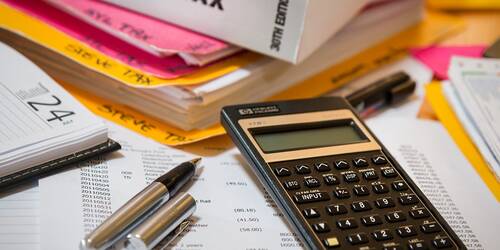