Recently, more and more judgments of the Supreme Administrative Court (SAC) have appeared, relating to the tax deductibility of advertising and its proof. This article discusses some conclusions from the recent case law of the SAC dedicated to this issue.

In the judgment 6 Afs 342/2020-48, the SAC assessed the tax deductibility of the costs of promotion of brands where the tax entity was their exclusive distributor,

The aim of the tax entity's advertising performance was to motivate end customers to purchase the goods of the brand of which the tax entity is the exclusive distributor. The SAC considers it logical in this case to prefer the advertised brand instead of the distributor's trade name. The SAC confirmed that, in general, the promotion of those trademarks for which the tax entity is the exclusive distributor for the Czech Republic and proves a link to taxable income, can be considered tax deductible cost under article 24 paragraph 1 of Act No. 586/1992 Coll., on Income Taxes (ITA).

The SAC reiterated that there must be a direct and immediate relationship between such advertising expenditure and revenue. "The Supreme Administrative Court is of the opinion that the applicant did not act irrationally if, against the advertising expenses, she expected income through increased interest of Czech customers in the ELAN brand, of which she is the exclusive distributor...". It also referred to previous constant case law that in order for expenses to be tax deductible, they must be incurred for the purpose of generating taxable income, although this assumption may not always be met. As has traditionally been the case, the SAC examined the form and reach of the presentation of a particular brand, i.e. in particular whether it reached the Czech audience, where and how it was presented (videos, articles, broadcasts, etc.).

Proof of realisation of screened advertising

Another subject of dispute between the tax entity and the tax administrator was the proof of the actual extent of the advertisement (i.e. whether the time of displaying/ screening the advertisement corresponds to the time paid to the supplier) and also whether the reported transaction took place to the extent charged. The SAC dealt with this dispute in its judgment 10 Afs 368/2020-63. This related to the cost of advertising in a football stadium. The taxpayer failed in this case because he did not sustain his burden of proof.

In general, the SAC stated that the contracts for projected advertising did not contain the usual provisions that can be expected in similar contracts (e.g., specification of the place where the advertisement will be projected, the size of the advertising space, when and for how many minutes the advertisement will be projected, etc.). Although the taxpayer submitted evidence in the form of photographs, the SAC held that the photographs submitted to prove the transaction were undated and did not show that they were taken at the places, where the advertising was to be provided.

The SAC also commented on the very form of rationality and effectiveness of the advertising, where the tax entity was at risk of losing a key customer. The SAC stated that: "...the illuminated advertisement was (for an unclear period of time) screened at night, it was not targeted at a specific range of customers and e.g. in the stands of the Bohemians stadium this advertisement might not (always) be properly visible" due to the presence of vegetation. It described the conduct of the tax entity, which paid several million crowns for this advertising, as extremely non-standard, as these advertising costs accounted for approximately 33% (in 2012) and 25% (in 2013) of the total revenue of the tax entity.

In its last judgment, namely 1 Afs 109/2021-67, the SAC decided on the interpretation of the provisions of article 23 paragraph 7 letter b point 5 of the ITA and its relation to the determination of the price of an advertising performance.

In this case, the taxpayer did not enter into a business relationship directly with the sports club, but instead used the services of an intermediary - an advertising agency, with which it entered into a contract for an advertising campaign.

According to the SAC, the provisions of article 23 paragraph 7 letter b point 5 of the ITA can be applied if the following three conditions are met:

In applying this stipulation, it is necessary to follow the order of the individual conditions, i.e. first to prove that they are related parties (including otherwise related parties). The next step is to determine whether the agreed prices differ from those in normal commercial relationship.

The SAC stated that "...the price increase itself cannot on its own not lead to the conclusion that the tax entities concerned are connected under article 23 paragraph 7 letter b point 5 of the ITA". However, a sign of a high price may be one of the grounds for examining whether the parties are related, but it cannot be the only reason for initiating an examination of the relationship.

In this context, the SAC referred to previous case law, which also inferred a connection under article 23 paragraph 7 letter b point 5 of the ITA from the price increase, but did so only in a situation where the price increase was obvious at first glance (e.g. more than a 200-fold price increase) and at the same time there were other suspicious circumstances (non-standard content of contracts, negligible benefit of advertising for the tax entity, etc.). However, the tax administrator did not confirm or prove this in the case under review.

The SAC also addressed the issue of determining a comparable price. The tax administrator proceeded by using the list prices of the individual sports venues for the placement of the advertisement. However, the taxpayer argued all the time that its supplier provided a comprehensive turnkey advertising service. In this context, the SAC first stated that the added value for the tax entity in a situation where it purchases advertising from an advertising intermediary is that the tax entity is not forced to actively communicate with advertising space providers or supervise, for example, the production of advertising and its placement. From this point of view, the SAC found nothing unusual in the fact that the tax entity did not conclude contracts directly with the sports venues concerned, but used an intermediary.

The Supreme Administrative Court (SAC) summarised that the taxpayer can choose the supplier from whom he buys the goods or services and that the tax authorities are not competent to assess the amount of the regular price unless they are related parties. It is therefore entirely up to the taxpayer which supplier he chooses and for what amount (he can also have the advertising performed through an intermediary, as was the case here, which usually requires a higher price for the performance). On the other hand, the SAC recalled that the tax authority has the power to assess both the amount of the expense (cost) under article 24 paragraph 1 of the ITA and whether the expense was incurred for the purpose of achieving, securing and maintaining income.

To summarise, in order to claim tax deductible promotion costs, according to the latest case law of the SAC, it is necessary to take into account in particular:

The possibility of proving the provision of advertising by means of testimonies of own employees, who can control the performance of advertising, may be considered important.

The SAC further confirmed that the choice of the advertising supplier is entirely at the discretion of the tax entity. In the case of intermediation of advertising services, it is the effect of the intermediary's commission that must be taken into account for the purposes of determining the regular prices, i.e. it cannot be compared with the prices of advertising provided directly. In cases, where the price is the only suspicious fact, the tax administrator should not label the relationship as a relationship of related persons with all possible negative consequences (tax assessment, etc.) only on the basis of this fact.

If you are currently setting up new contractual relationships relating to advertising or consuming advertising, we recommend that you take the above into account in these relationships with suppliers. We will, of course, be happy to answer any questions you may have about this setup. 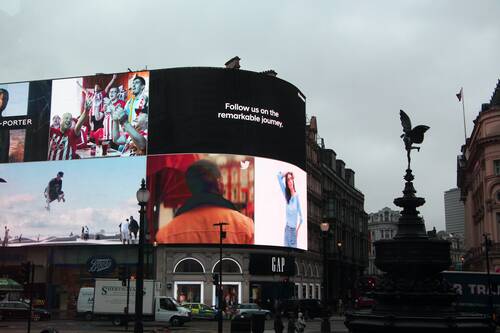