Report on relations – are you compiling it correctly?

The Report on Relationships within a Group of Companies (hereinafter the “Report”) is a document, the preparation of which usually is not popular among companies, not only because of the sensitive nature of the disclosed data, but also due of its complexity resulting from the ambiguity of the disclosure of mandatory information required by Act No. 90/2012 Coll., on business corporations (hereinafter the “TCA”). For these reasons, companies make errors in compilation, whether deliberate or due to ignorance or underestimation of the complexity of the topic.

The obligation to compile the Report and its mandatory elements are set out in articles 82 to 88 of the TCA, which were partially amended or repealed as part of the amendments to the TCA effective as of 1 January 2021.

So how do you compile a Report on Relations correctly?

First, it is good to understand the purpose of the Report and why it is required by law. The report is mainly important for users who are outside the given group of companies or for users who are part of a group of companies but do not have detailed access to information related to group transactions. Such a user may be a lender (bank, other entity providing a loan, credit), government authorities (in the initial investigation), or a partner/shareholder with a minority stake or a potential investor/supplier/customer.

In order for the user of the Report to obtain relevant information about the Group’s business and non-business relationships, i.e. to fulfil the primary purpose of the document, the document must contain specific and comprehensible information in the prescribed structure set out in article 82 of the TCA.  These are:

In general terms, the relationships and transactions are usually obvious and there is no doubt what to include in the Report and what not to include. In practice, however, reasonable doubt may arise as to what can be included in the Report and what may already cause harm to companies as a whole. This is primarily due to the sensitive nature of the information, which is collectively referred to as trade secrets. In these cases, it cannot be said categorically that this information is not to be stated in the Report. It is necessary to indicate the nature of the relationship, noting that it is a trade secret, and to indicate the value of the transaction only in general terms so that the trade secret is not disclosed, but, on the other hand, so that the purpose of the Report is maintained. However, beware that generalisation does not imply omission or misleading information!

If the preparer carries out transactions within the group that are subject to secrecy under other relevant legislation (not to be confused with trade secrets), these facts are not included in the Report, but the user of the Report must be advised that the Report is incomplete and for what reason.

Aside from trade secrets and classified information, which have special regimes for inclusion in the Report, the most frequent errors in the preparation of the Report are caused by missing or unclear information in the Report, lack of relevant assessment of the advantages, disadvantages and risks arising from the relationship.

Last but not least, it should be noted that the Report is a comprehensive separate document compiled in accordance with the TCA, which is compiled by the statutory body of a party and its compilation is mandatory for all parties having relations of a controlled and controlling party. The report must be drawn up within 3 months of the end of the period, for which it is compiled. We know from practice that many companies do not see the Report as a separate document and often prepare it late only as part of the annual report, because the annual report is prepared later than the statutory deadline for preparing the Report for many companies. In case a company prepares an annual report, the Report on Relations is part of that report and is subject to verification by the company’s auditor.

A shareholder may apply to the court to appoint an independent expert to review the compiled Report if he/she has serious doubts about the information contained in the Report or based on the auditor’s reservations about the information contained in the Report. In practice, although these are isolated cases where such a situation occurs, the erroneous preparation of the Report may lead to other serious facts that may have a significant impact on the party preparing the Report or on the statutory body responsible for its preparation.

As mentioned in the preceding paragraphs, the Report is one of the mandatory documents that a company must prepare after the end of the financial year. It is therefore a document that is to be compiled annually and is supposed to have a informative value. Grant Thornton Group not only deals with verification of Reports as part of the auditor’s verification of the financial statement, but also provides related consulting. If you are preparing a Report and you are not sure whether and how to state some facts, please do not hesitate to contact us. 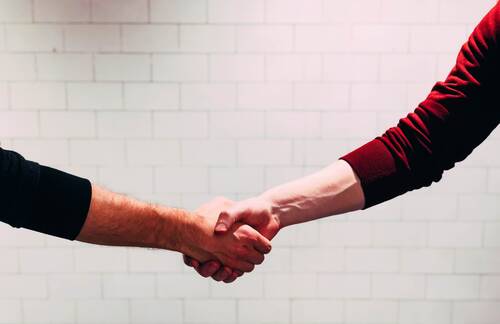