Receivables in the accounting or do you work with them correctly? Part 2

Everyone probably knows the term receivable or has at least some idea of what it means. A receivable as such represents expected receipt of financial flow for a certain provided performance. In the first part  of the article we went through the basic terms, classification of receivables, their valuation, the way of their termination and how to work with them.

Today we will continue with claiming receivables, provisioning, or possible depreciation of receivables.

If the receivable is past maturity and the customer refuses or cannot pay it, it is necessary to proceed to recovery methods. The simplest and most common method of recovery is telephone contact, personal meeting, written reminder.

If, despite all the reminders, the customer still has not paid the receivable, the accounting entity may proceed to external cooperation with collection agencies. In most cases, they charge commission on the recovered debt (either a fixed value or a percentage of the recovered amount) on top of the invoice for services rendered. The costs of recovery are tax deductible for the accounting entity.

The accounting entity may also choose the form of legal recovery with the assistance of a legal counsellor. The court proceedings may lead to imposed distrainment of the debtor (customer). Judicial recovery is not a short-term matter, in most cases it takes several years before the verdict of the court is known. At the same time, it is important to note that even a “victory” at court does not necessarily mean that the claim will be satisfied (for example, due to insufficient assets of the debtor). However, judicial enforcement is one of the means of proof for the possibility of tax provisioning, which are created under the tax laws.

The statute of limitations has a significant impact not only on the issue of debt recovery, but also on the related accounting treatment (allowances, write-offs, etc.).

Above, we have outlined the various options for working with receivables in order to obtain the value of the service provided from the customer. At the same time, however, it is necessary to perform individual steps in the accounting that will satisfy one of the basic principles of accounting, namely that the financial statements give a true and fair view of the subject matter of the accounts and of the financial position of the accounting entity. An entity shall not overstate assets and understate liabilities in its financial statements. For assets, one of the options for adjusting (reducing) the value of a receivable is a provision.

Based on inventory-taking of receivables, the entity assesses the need for creating or adjusting current provisions. Provisions are made to temporarily reduce the value of receivables.

Provisions must not have an active balance and must not be made to increase the value of assets.

Provisions in accounting and consequently also in taxes are divided into:

The amount of the accounting provisions should be determined by internal guidelines based on the risk based on the time elapsed after the due date and the probability of recovery. Another criterion may be the riskiness of the customer. Most often, we encounter the creation of a 50% accounting provisions for receivables half a year past due and a 100% provisions for receivables more than a year past maturity. In particular, large accounting entities that are part of a consolidating entity have their rules aligned across companies in the group. However, the principle of a true and fair image of the subject matter of the accounts should also apply here.

In the case of time-barred and bad debts, the accounting entity should permanently reduce the value of the receivable by writing it off. This is one of the last stages of accounts receivable work, but an unpopular one, as a written-off receivable means that we have not received any payment for the performance provided by us.

An entity decides on an accounting write-off when, for example, the cost of collecting the receivable would exceed its earnings or the entity has information that the customer will no longer be able to meet its obligation and the options for legal/insolvency proceedings are no longer an option.

The tax write-off of a receivable is more complicated, as the possibilities of its implementation are strictly regulated by article 24 paragraph 2 letter y) of the Income Tax Act (No. 586/1992 Coll.). The tax depreciation must not exceed the tax provision created.

An accounting entity should continue to record written-off receivables in off-balance sheet accounts in case a portion of the written-off receivable is recovered at some point in the future. In this case, the amount received will be part of “other operating income” in the accounts and will affect the income tax base.

Trade receivables are a significant asset in most accounting entities.

The business activity of the entity is based not only on the proceeds/revenues themselves, but also on the related payment of receivables for services provided, both in full and within the agreed timeframe. Each entity expects an agreed fee (payment) for its services/supplies.

Proper setup of the internal control system related to receivables – in particular setting of due dates, monitoring of payments/customers’ ability to pay/setting up rules for provisions, as well as active claiming of receivables is one of the important prerequisites for the continuation of the activity of the accounting entity in the future.

The field of receivables is diverse and each accounting case (work with receivables) can have multiple solutions. Are you currently dealing with any decision relating to receivables and are you unsure as to what the correct/effective solution is? Our company provides not only accounting and tax consulting, but also legal analysis and will help find the optimal solution for you. 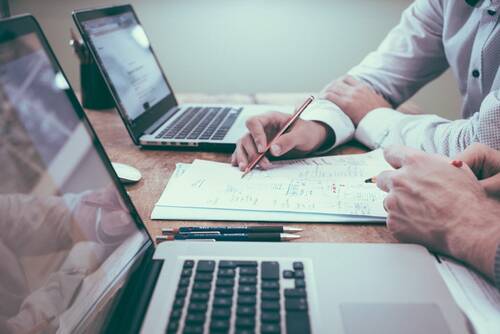