On 21 June 2021, the General Financial Directorate issued information on the amendment of the VAT act in the area of electronic commerce (e-commerce) with planned effect from 1 July 2021 that we already informed you about in our previous article.

The amendment of the DPH act has gone through the third reading at the Chamber of Deputies and is currently going to the Senate of the Czech Republic. With regard to the fact that the Czech Parliament will not manage to approve the draft amendment by 1 July, as anticipated by the EU legislation, it is possible to proceed according to direct effect of the amendment of the European directive on VAT from 1 July 2021 until the day before the amendment of the VAT act takes effect. If a company decides to proceed according to direct effect of the directive, though, it must meet all related conditions and obligations that follow from this directive.

Before the date, on which the amendment of the VAT act takes effect, it is also possible to still proceed according to the local VAT act, which remains in effect. This does not apply to the new rules regarding the place of performance in case of sending goods (newly distance sale of goods).

What is changing from 1 July

Regardless of the effect of the amendment of the VAT act, thresholds applicable until 1 July 2021 are being cancelled, as well as the related rules for determining the place of performance. For distance sale of goods, it is thus necessary to always proceed according to the rules of the new regulation from 1 July 2021, and thus to observe the new threshold of EUR 10000 for distance sale of goods and the so-called TBE services (telecommunication, radio and television broadcasting and electronically provided services).

According to a press release of the General Customs Directorate, until the amendment of the VAT act takes effect, exemption of low-value consignments up to EUR 22 from customs charges remains in effect. The Czech Customs Administration therefore continues not to assess or collect VAT from these consignments.

In case you do not know how to set up new processes for your e-shop, we will be happy to help. Turn to us, then. 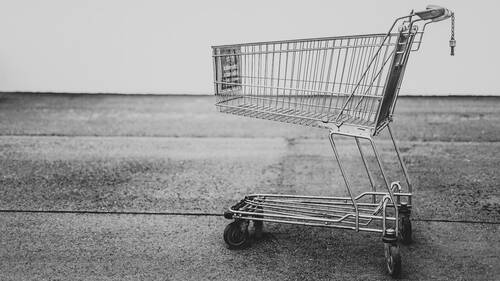