Are you planning on an investor from a country outside the EU entering your company, or have you even been negotiating with one already? In that case you will be interested in the new act on verifying foreign investments, which will come into force as of 1 May 2021 and relates to all investments that will have not been fully completed by then. Do you have a signed contract, but you are waiting for the conditions precedent to be fulfilled? You, too, may be affected by the new act.

The most significant change, which the act brings, is the obligation of having certain foreign investments assessed and permitted by the Ministry of Industry and Trade (“MoIT”). The act defines these investments by means of their originator, first, which needs to be an entity residing outside the EU, or an entity controlled by such an entity, and second by their object, which needs to be military material, dual use goods (i.e. goods primarily for civilian use, but which can also be used (or misused) for production of weapons; the MoIT itself also includes some machine tools or chemicals commonly used in civilian industry in this category), critical infrastructure, nationwide media, or any other object, the investment in which “is capable of endangering the safety of CR” (the so-called “residual category”).

For the residual category, the investor has the option of suggesting a consultation; if he does not do so, the MoIT has a right to review the investment itself within 5 (five) years after completion of the transaction, and in the extreme case, even forbid its further duration (e.g. order sale of the object of investment). We see this fact as very problematic, because it is not clear here, what investments will belong to this category, and if the investor does not request the respective consultation (for example also due to the reason that according to his view the investment does not belong to the residual category), he will bear the risk for the following 5 years that his investment may be forbidden ex post.

The Government of the Czech Republic is also involved in the process of decision-making and according to the statutory deadlines, the entire proceeding may be expected to take half a year or longer. The result of the entire process is that the investment is or is not permitted, it is forbidden or its further duration is forbidden. The decision of the MoIT may only be opposed within the administrative justice system. A submitted complaint does not have suspensive effect, though.

For infringement of the obligation, a foreign investor may be fined up to the amount of 1 or 2 % of his total net turnover for his last completed accounting period.

Therefore, if you are currently negotiating about an investment, which would need to be subject to permission or consultation under the new act, we strongly recommend finalising it by 30 April 2021. In the future, it will be necessary for every investment that includes an investor outside the EU to assess, if it does not belong to one of the defined categories of permitted investments, and in case it does not, if it is pertinent to request a “preventive” consultation from the MoIT to rule out future risks. 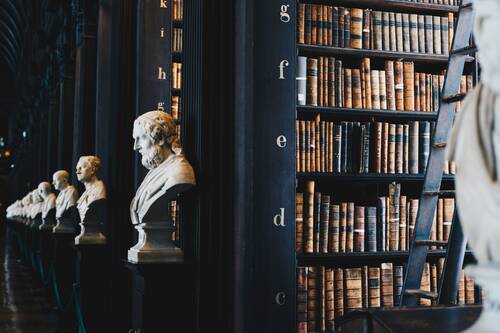