Minimum time of rest for an employee

In its judgment from 17 March 2021, C‑585/19, the Court of Justice of the European Union interpreted the respective stipulations of Directive 2003/88/EC, concerning certain aspects of the organisation of working time (hereinafter the “Directive”) relating to minimum periods of daily rest for workers. One worker, who has entered into several employment contracts with the same employer, is entitled to minimum daily rest for the period of 11 subsequent hours in the course of 24 hours, in total for all employment contracts made. The time of rest cannot be assessed separately for every individual employment contract.

Nature of the dispute

The judgment dealt with the preliminary question within a dispute between the Bucharest University of Economic Studies in Romania (hereinafter the “ASE”) and the Intermediate Body for the Operational Programme “Human Capital” – Ministry of National Education, Romania (hereinafter the “OI POCU MEN”) concerning a financial correction established by the latter, within the framework of a funding programme, for failure by ASE to comply with the maximum number of hours a person may work per day. The ASE was criticised for ineligible costs for wages for some experts, who on some days, combined the hours worked as part of the basic working hours, namely eight hours per day, with the hours worked in connection with the project as well as other projects or activities. The number of hours these experts worked thus reached 14-16 hours a day in some cases.

The Court of Justice thus also (among other things) dealt with the question, if the requirements imposed on Member States by Article 3 of the Directive (the obligation to take the measures necessary to ensure that every worker is entitled to at least 11 consecutive hours’ rest per 24-hour period) should be interpreted as introducing limits with regard to individual contracts or with regard to all the contracts concluded with the same employer or with different employers.

In the quoted judgment, the Court of Justice reminded that the right of every worker to minimum time of rest is not only a rule of the EU social law, which has special significance, but it is also explicitly laid down in section 31 subsection 2 of the Charter of Fundamental Rights of the European Union, to which section 6 subsection 1 of the Treaty on European Union grants the same legal force as to Contracts[1]. It further states that an employee (or more generally a worker) is the weaker side of the employment relation, and it is thus necessary to prevent the employer from having an option of limiting his rights. The stipulation on the minimum time of rest is thus a mandatory stipulation and it is not possible to deviate from it by means of an agreement of the parties.

Conclusion of the Court of Justice of the European Union

The Court of Justice reached the conclusion that if the stipulations of the Directive regarding the minimum time of daily rest were to be interpreted in the way that they would apply separately to every employment contract made by an employee with the same employer, it would expose this worker to possible pressure on the part of the employer with the aim of dividing his working hours into several contracts.

The Directive is transposed in the Czech Republic by act no. 262/2006 Coll., the Labour Code, as applicable (hereinafter the “Labour Code”), which regulates the working hours similarly as the Directive. According to the stipulation of article 90 of the Labour Code, the employer is obliged to schedule the working time, so that the employee would have uninterrupted rest of a minimum of 11 hours between the end of one shift and the beginning of the next one, an employee younger than 18 years a minimum of 12 consecutive hours during 24 hours. It also mentions exceptions from this rule, under which it is possible to shorten the rest up to 8 consecutive hours in the course of 24 hours for an employee older than 18 years on the condition that the following rest will be prolonged for him by the time that this rest was shortened.

The Labour Code does not explicitly regulate, if the minimum time of rest will apply in total for all work contracts (employment relation, agreements for work etc.) or for each one individually.

The stipulation of article 79a explicitly deals with the issue of multiple labour-law relations for one employee in relation to the length of working hours. The interpretation therefore deduces that in cases, when the Labour Code does not explicitly regulate the cases of multiple basic labour-law relations for one employee (as in the case of the minimum time of rest), the individual limits will apply separately in relation to every individual labour-law relation. In many cases, professional literature confirmed this as well, but in the mentioned judgment, the Court of Justice refutes this interpretation.

Although the Labour Code does not directly regulate the issue of the minimum time of rest for employees, who perform work for one employer based on several employment contracts, we recommend conforming to the conclusions of the Court of Justice in practice. So that the time of daily rest for an employee should reach a minimum of 11 hours in total for all of his employment relations. We suppose that during its activity, the inspection will take the conclusions of the quoted judgment into consideration.

With regard to the fact that the Directive works with the general term “worker”, we are of the opinion that the mentioned conclusions will apply not only to employees in an employment relation, but also in other labour relations, especially those arising based on contracts for work performed outside employment. Otherwise, circumvention of the law would occur.

Although the judgment did not deal with the question of the limit for minimum rest time in relation to all contracts made with various employers due to the discussed dispute being a specific one, application of the limit of the minimum rest time could be considered in these cases as well. The question remains, of course, how an employer can find out if the employee is also employed elsewhere and how his shift are set up.

On the other hand, in situations, when various employers are related parties (a group or corporation), reasonable application of this rule cannot be ruled out. In their case, a certain degree of awareness about the employees of the individual companies can be expected. If the limit for the minimum resting time were intentionally circumvented, such action would no doubt be punishable. 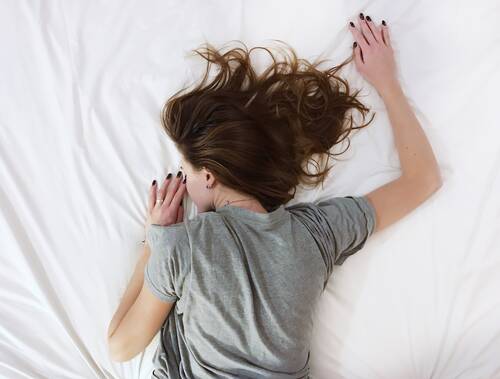