Export of goods and VAT - a summary of recent changes

For the purposes of VAT, export of goods is considered tax-exempt with the right of deduction of input VAT. The Czech Act on VAT defines it in Section 66; Council Directive 2006/112/ES defines it in Article 146 (Further only Directive).

With this type of payment the obligation to apply output VAT does not arise for the taxpayer, and at the same time the right of deduction of input VAT is maintained. And this fact has attracted many an eye of the tax administration. The most pondered on issues include mainly: proof of export, the time period of its report in a VAT declaration, assessment of tax base, the correct way of legislation application upon multilateral transactions etc.

There have been quite a few changes during the last year concerning these issues, so let us look at some of them in this article.

To begin, a short recapitulation of what is understood as export for the purposes of the Act on VAT. Export is defined as output of goods outside of the European Union into a non-member state in cases where the goods have entered the customs export procedure, outward processing or external transit, or have been retroactively exported.

For a long time, the decision of a customs office about release of goods into export procedure and a confirmation of goods leaving the EU had served as a tax receipt. This was amended July 29, 2016, and since then a standard tax receipt issued in accordance with the Act on VAT serves as a tax receipt for these purposes (as a rule it is a standard invoice including necessary requisites. However, the decision about release of goods into a non-member country with confirmation of goods leaving the EU served as a decisive means of proof of the realization of export for the purposes of VAT. The law still allowed the taxpayer to submit other means of proof if the output of goods outside of the EU was not confirmed.

You can find more information explaining the issues of export in Information relating to Act on VAT and export of goods issued by the General Financial Directorate. It clearly states that the customs declaration must be submitted in electronic form and what serves as the means of proof of export is an electronic data message in xml format that includes the confirmation of goods leaving the EU issued by the customs office. This is sent to the taxpayer or his or her declarant after the output customs office on the outside of the EU electronically informs the export customs office.

A verbal customs declaration can also serve as a means of proof about the realization of export, this, however, can be applied only to the export of commercial goods the value of which does not exceed EUR 1.000, or the net weight does not exceed 1.000 kg. Although in this case a summarizing customs declaration should be submitted, the Act on VAT allows also other means of proof which can prove the real output of goods. This can be for example: a copy of proof of delivery signed by the recipient outside of the customs area of the EU, confirmation of delivery from an app of the delivery company, proof of payment to the delivery company confirming the transport of goods, etc.

The Act on VAT still recognizes the day of output of goods outside of the EU to be the day of export realization. Adherence to this rule would be rather complicated in practice. As a rule, a Czech exporter issues the invoice already upon handing of the goods to the delivery company which is being used by the buyer (in cases where the buyer arranges for delivery) but the goods can actually leave the EU several weeks after. In cases like these the seller would need to be able to include the issued invoice in the evidence for VAT purposes later. This situation has been recently discussed in a contribution by the coordination committee of the Chamber of Tax Advisors and the General Financial Directorate (GFD) no. 492/25.01.17. The contribution suggested that the information about the realized export should be stated in a VAT declaration for the time period in which the right to handle the goods as the owner was actually transferred onto the buyer. It also suggested, that it should not be seen as a defect if the receipt is missing the date of delivery; the reason for it is that in some cases this date may not be known upon the issuance of the tax receipt. These are cases in which the delivery into a non-member state is arranged for by the seller and ergo the actual delivery happens much later than the output of goods outside of the EU.

The obligation of Czech legislation requiring the export to be included in the tax period in which the goods left the EU is not supported by the Directive. The Directive does not define export of goods as a specific payment which should have special rules for the day of its realization. One must therefore proceed from the basic general provision according to which the transfer of rights to handle the goods as the owner is crucial. The contribution includes a suggestion based on this which calls for the option to recognize the date of delivery as the date of realization of export (if it is known). But in practice, the taxpayer should still be able to state the moment of realization as the moment of the goods leaving the EU. However, the information issued by the GFD clearly shows that they still consider the decisive moment of realization to be the date on which the goods left the EU. But they also admit, in accordance with the Directive, that the tax receipt can state the date of delivery of goods as the date of realization. They do insist, though, that the tax receipt include a specific day of realization.

We would also like to shortly mention the issues arising around the tax base assessment on export. In previous years a contribution by the coordination committee was issued and according to it the Ministry of Finance preferred the tax base to be the statistical value of JCD. But they admitted that the tax base could also be seen as payment for goods.

It’s quite clear that almost every amendment to the Act on VAT should bring about some changes concerning export. Because our experience shows that taxpayers apply taxes using different methods and because it is not easy to systematically follow and evaluate the developments in this area, we thought it important and useful to point out some of these methods. 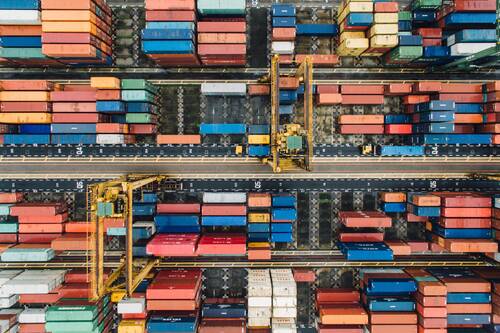 Zdroj: Photo by chuttersnap on Unsplash