Differences in account keeping according to IFRS vs CAS, part 2

In the first part of the article, we discussed the general approaches to account keeping and financial reporting according to the Czech and the international financial reporting standards. Now we will focus on specific selected areas of accounting, the treatment of which differs in the two accounting frameworks, and we will try to provide you with the basic information about the differences between these frameworks. We will deal with the following areas: non-current assets, lease, inventory, financial assets and reserves.

IAS 16 – Plots, buildings and equipment – and IAS 38 – Intangible assets – permits reporting non-current assets only if it is probable that future economic benefits attributable to the asset will go to the company,
and if it is possible to reliably express the costs related to acquisition of the non-current asset. Non-current assets are valuated at acquisition cost or the cost of creating the asset if created by own activity. For reporting non-current assets, the model of acquisition costs is used (with provisioning) or the model of revaluation to fair value (revaluation upwards is reported in favour of the revaluation fund account, a lowering of the value of the asset is entered into costs). A major difference compared to the Czech Accounting Standards is that the IFRS also include costs, which will accrue with the given asset in future, in the acquisition price. These include for example the costs of dismantling the asset or restoration of a place (in case of rent) expressed in current value.

Since 2018, research costs are not considered intangible assets according to the decree or the IAS 38 and they are included in costs as incurred.

Financial lease is one of the forms of financing non-current assets. According to act no. 89/2012 Coll., the Civil Code, this means the owner (a lease company) lets the tenant use the asset against remuneration. Upon entering in a contract, an option needs to be arranged that after the agreed period of lease, the owner will transfer the ownership right to the object of financial lease to the user for a purchase price. The duration of lease must not be shorter than the minimum period of depreciation of the given material asset according to the income tax act (for assets belonging to groups 2 to 6, this period is shortened by 6 months) and the purchase price must be higher than the tax residual value of the asset in case of linear depreciation (this condition does not apply for 100 % depreciated assets). If the above-mentioned conditions are not met, the financial lease immediately becomes classic lease of an asset due to tax effects.

In the Czech Republic, an object of financial lease is captured in the assets of the owner (a leas company), although all rights and obligations related to the object of the lease are transferred to the user. Nothing is recorded in the balance sheet of the user of the object on connection to the lease (or in some cases the value of advance payment paid to the user may be recorded in some cases) and he only enters the individual lease instalments accrued during the entire duration of the lease into costs. It is necessary, however, to realise the complication that arises of the lease company needs to physically verify the existence of its assets. This may sometimes be very problematic.

The problem is resolved by IFRS number 16, which differentiates between financial lease with similar conditions as those we mentioned above and operating lease or lease. In financial lease, the leased asset is reported by the user in his assets. The lessor (lease company) reports receivables incurring from financial lease in its asset, in the amount equally net financial investment in the lease (i.e. the sum, for which they bought the object of financial lease).

Operating lease is understood to mean short-term lease, for which no change of ownership is expected. The leased item is passed on to the lessor again after the lease has ended. In the Czech Republic, the costs of operating lease on the part of the lessee are entered into costs attributed to account group 51 – services, which are fully tax-eligible (on the conditions of proving their use for the purpose of achieving, ensuring and maintaining income). The lessor records the lease asset among his assets and records revenues from lease. He bears the costs of servicing the asset in relation to its operation, among other things.

The novelty since 2019 is an amendment of the IFRS 16, which enables activation of operating lease under certain conditions and its subsequent depreciation by the user of the lease. At the beginning of the lease relation, the accounting entity assessed, if the contract is of the nature of operating lease or contains lease. A contract is of the nature lease or contains lease, if it transfers the right of controlling the use of the identified asset for a definite period of duration in exchange for consideration.

According to CAS no.15, inventory includes material, unfinished production and semi-finished products, products, goods and others. It is valuated at acquisition cost (acquisition price) or own cost, if created at the company by own production. According to the current version of the decree, the acquisition price includes costs related to the acquisition, with the exception of interests from loans, exchange differences, contractual fines, late payment interests and other sanctions. The value of inventory is lowered by provisioning in case of the selling price lowered by costs related to sale is lower than the price used in the accounting for its valuation.

IAS 2 valuates inventory on the level of the lower sum between acquisition costs and net realizable value. The latter is understood to mean a selling price estimated in advance in common business lowered by the estimated costs of completion and the costs related to the realisation of sale. If the company buys inventory with deferred
due date of payment, the difference between purchase price of the inventory and the paid amount is reported as interest cost for the duration of the period of financing.

In the Czech Republic, we differentiate between the following basic types of financial assets:

The international standards, more specifically the IFRS 9, divide financial assets into several groups according to the following criteria:

According to the AA, reserves represent current debt, which results from some past event. Reserves are created to cover liabilities or costs, the nature of which is clearly defined and which are probable or certain
to occur as of balance sheet date, but their amount of the time they incurred is not certain. An example of reserve, according to the AA, is a reserve for repair of tangible assets, reserve for pensions and similar liabilities, reserve for the income tax act and other reserves. A reserve is also often created for unused leave from work and a reserve for legal disputes.

The difference between Czech accounting and the IFRS consists in the facts for creating a reserve. According to the IFRS, a reserve is understood to mean a liability (contractual or non-contractual) with an uncertain amount or accrual. When deciding if a reserve is to be reported, contingency of a liability is being considered. A contingent liability is a probable liability depending on a future event, as well as an existing liability with improbable performance or reliable specification of the amount of the liability.
The following diagram provides help when deciding if to create a reserve, contingent liability, or to do nothing: 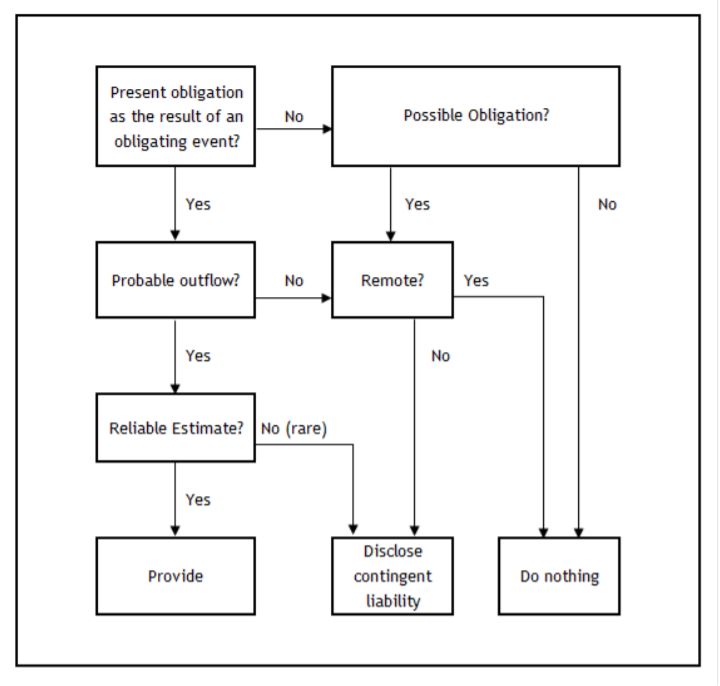 The IFRS, for example, does not enable creating a reserve for repair of tangible assets and a reserve for unused leave from work. Accounting reserves according to the IAS 37 are created mainly in the following areas:

In this article, we have summarised selected differences in accounting according to the IFRS and the CAS. The topic is far more extensive and complex, though, than summarise in this article. If you find yourself in a situation, where you are dealing with similar situations or difficult transactions according to the IFRS or the CAS and
need help, please, do not hesitate to turn to use and we will be happy to find the right solution to the given situation. 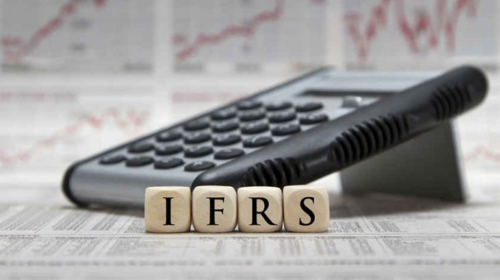