Concurrent performance of functions and employer insolvency according to the CJEU

The Court of Justice of the EU has recently intervened in the rather turbulent developments regarding the possibility of concurrent employment and the position of a member of a statutory body, from a rather unexpected side – in terms of protecting employees against employer insolvency. What actually happened?

In the present case, the complainant was the chairman of the board of directors and also a director of the company. However, the complainant was not connected in any way, either financially or personally, to the shareholders of the company. During 2018, the given company became insolvent and had no funds left to pay wages. The complainant therefore applied to the Labour Office for payment of wage claims for the months of July to September 2018 under act no. 118/2000 Coll., on the Protection of Employees in the Event of Employer Insolvency. However, the Labour Office rejected the complainant’s application on the grounds that he could not qualify as an employee because he was both the chairman of the board and a director of the company. In both these capacities, he then performed the same activity, which included the business management of the company. According to the constant case law of Czech courts, in such a situation an employment relationship between the company and its statutory body cannot arise.

The action brought by the complainant before the Municipal Court in Prague was also dismissed, as the court also concluded that the complainant had performed the same activities simultaneously as a director of the company and as chairman of the board of directors, and that there was therefore no employment relationship. Taking into account the existing case law, the court argued that, as a result of the performance of the same activity, there was no relationship of superiority and subordination between the complainant and the company, and thus, according to the court, the complainant could not be considered an employee in the sense of Act No 118/2000 Coll.

Since EU law, specifically Directive 2008/94/EC on the Protection of Employees in the Event of Insolvency of Their Employer, applies to the case before the Court of Justice of the European Union (C-101/21), the Supreme Administrative Court raised a preliminary question as to whether the definition of “employee” in the Czech case law is too restrictive and thus contrary to EU law.

The mentioned Directive 2008/94/EC allows Member States to refuse or limit the obligation to reimburse an employee’s remuneration where the employee was, alone or together with his close relatives, the owner of a substantial part of the employer’s undertaking and had a significant influence over the activities of that undertaking, on the basis of which he may subsequently be partly responsible for the insolvency of that undertaking. The conditions set out apply cumulatively.

In the described case, however, the conditions for applying an exception from Directive 2008/94/EC are not met and the CJEU has thus concluded that national case-law, according to which a person who, on the basis of an employment contract, simultaneously performs the functions of a director and a member of the statutory body of a company cannot be qualified as an employee, is contrary to Directive 2008/94/EC.

It can thus be concluded from the decision of the CJEU that the term “employee” under Act No. 118/2000 Coll. will need to be interpreted more broadly in the future. Thus, an employee, who also acts as a statutory body of the company, may be included under this concept, providing that an exemption from Directive 2008/94/EC due to his relationship with the company does not apply to him.
If you are interested in this topic or you are currently dealing with a similar problem, please do not hesitate to contact us. 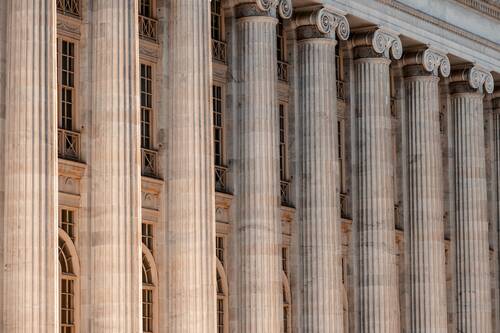